I know, you’re already confused by the title. But don’t worry! It will be okay. I’ll explain everything, and even give you some examples of where I think Macross took vital inspiration from conspiracy theorists. It will be done in a way that isn’t as brief or clear as it should be, because that’s just how I write. I’m also rusty because this blog has been dead for years. Brace yourselves.

There are spoilers for specific plot points of Macross Zero and Delta, so as long as you’ve seen those and have general knowledge of the franchise otherwise you should be good.

Before we get into it too much, I want to explain what I mean by “conspiracist thought.” Those who believe and create conspiracy theories have a certain kind of worldview, and that worldview also draws them to esoteric theories which are not necessarily conspiratorial. Because it’s from the same people, and seemingly from the same thought proceesses, I think we’re justified in lumping literal conspiracy theories in with some of the more esoteric theories of history that some people hold. If you don’t know what I mean by esoteric theories, don’t worry; you’ll understand soon enough. 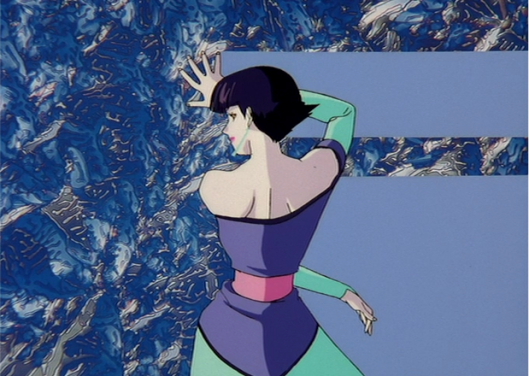 What appears to bring on conspiracist ideas is a lack of trust in authority and a desire to make sense of what seems to be impossible chaos, using both the incredible pattern recognition and imagination that humans possess. These theories vary a lot in whether they’re wild stories full of magic and mysticism, or actually plausible scenarios. In the end, all of them seek to connect dots — and connection is a core element of Macross, though typically recognized by a different name, “communication.” But Macross’s relationship with conspiracism is much more concrete than my stupid word games, so let’s get into it.

An idea often explored in Macross, and one of particular importance in Macross Zero, is the idea that the Protoculture interfered with the development of, and even outright created, many other races — both directly with genetic modification, and more indirectly by introducing their super-advanced technology to races that were otherwise far behind. 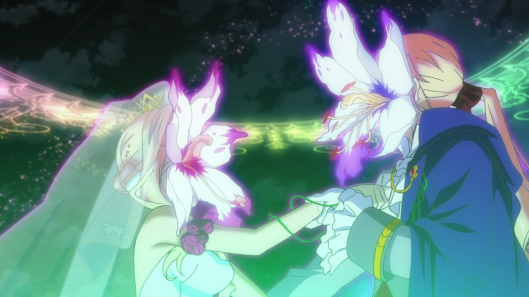 There is something in the series called the Human Protoculture Intervention Hypothesis, which is actually identical to an idea commonly discussed in conspiracist circles that human intelligence and technology have advanced far too fast to be natural. That idea is often linked with some more well-known mysteries, like the construction of the Sphinx and the pyramids of Giza. Some of the artwork found in that region can be interpreted as people (aliens) coming from the sky (space, the alien place). Basically, the theory is that aliens came and helped the Egyptians to create these amazing structures, and maybe more.

The mystery of the construction of the pyramids, and even completely unrelated locations like Stonehenge, usually hinges on the question of how these ancient people were able to move such incredibly heavy stones to the locations they did, and in some cases place them with such extreme precision that it seems it would be impossible with what technology we assume they had in those times. Old people are very dumb, as you know.

Conspiracy theories commonly have ideas that these structures were made with alien technology, or sometimes there are theories that it was through lost technology. For example, acoustic levitation, which is the use of sound to cause even incredibly heavy objects to float. The idea is that they could have used this method to simply float the stones to their destination. Gosh, I wonder what story had ridiculously heavy stones being made to float from some kind of alien-originated sound magic?

Yeah, Sara Nome could do it. She’s just that awesome. Unfortunately she never made anything cool out of it because she was too busy carving sticks for lazy boys who don’t deserve to get laid. Thanks, patriarchy. Thanks, capitalism. Thanks, Obama.

Now to move more into Delta… There is an idea in conspiracist circles that the pyramids were constructed as conduits of some sort of energy, and sometimes the idea is actually that the energy is sort of contained there, and that sound can activate it. The idea that sound, or in Macross specifically, song, can cause changes in certain structures, devices, or even the minds of living beings, completely permeates the series and is always a central plot element.

In Delta, song is one of two important factors in the activation of Var Syndrome, which causes people to go berserk or otherwise fall under a sort of mind control. The other factor in Var Syndrome is a reaction from the combination of an ingredient in certain apples and a certain water supply.

Conspiracy theories regarding chemicals being dumped into the water supply are VERY common in the real world (and unfortunately there are some with proven truth behind them). Some of the wilder conspiracy theorists go as far as to claim it’s done to keep the populace docile, effectively a form of mind control. It helps, too, that the song used to activate Var Syndrome is conveyed with the help of ancient ruins with, well, unusual properties.

I could probably go on for a long time if I really sat down and did a deep dive, rewatching all the series and immersing myself in conspiracy theory circles as I sometimes do (for entertainment purposes only, don’t worry). But I’ve already written far too much, and I didn’t want to go into a lot of detail of too many entries in the franchise as it would raise the barrier of entry. I feel like it’s bad enough that I had to include Zero. Like, does anyone even watch Zero? I don’t think they do.

So those are some of the connections with real-world conspiracist type theories that stood out in my mind and were easily connected even to each other. If you wanted more details, it’s probably better for you to think on the subject yourself. Or you could yell at me to go in depth into each series in separate posts if you really think I’m competent enough for that. Anyway, considering how central a few of these ideas are to Macross as a series, I feel comfortable in saying that it has roots in conspiracist thought, whether it was intended to be this way or not.

But I think it was. Kawamori is just that kind of guy. Chemtrails plot when?